Holly was just your ordinary 12-year-old. But that quickly changed the day she was hit by a bolt of lightning! Now, she’s an EXTRAordinary girl with a seriously cool superpower – she can generate electricity in seconds!  Join Holly as she sets out to save her town from all kinds of trouble. But first, a quick word of warning – she’s yet to work out how to control her electrifying powers!

In Electrigirl and the Invisible Thieves, the latest release in the series, strange things are happening in Holly’s hometown. Weird green slime is oozing out of the ground and there’s been a spate of mysterious robberies. And, worst of all, Holly has lost complete control her zap-tactic blasts. Eeek! If she can only stop blowing things up, she might just be able to save the day…

Get the Electrigirl lowdown!

To find out more about Electrigirl, NG KiDS caught up with Jo Cotterill, the author of this super series, and Cathy Brett, who draws the books’ incredible illustrations!

NG KiDS: What made you want to be a writer?
Jo Cotterill: I was an actor in my early twenties, and in between acting jobs I really wanted to do something creative. I saw an advert for a course teaching people how to write children’s books, and since I’d loved writing as a child, I gave it a go – and here I am!
Cathy Brett: I’ve always had an urge to draw, ever since my mum put a crayon in my hand. And even more so when I realised drawing stuff was an actual job! I love writing too but I find that MUCH harder.

NGK: Are your characters based on people you know?
Jo Cotterill: Not really – it’s more that they’re a mish-mash of people’s bits of personality. I might use someone’s bubbly nature but add the nervousness from someone else, and then disguise them with different hair/eye colour so no one can recognise themselves!
Cathy Brett: I’ve been told that all illustrators draw themselves, or versions of themselves – and, actually, I do draw A LOT of characters who have ginger hair! I also draw the people around me quite a bit, including family and friends. All of them have the potential to end up as a character in a book and many of them have!

NGK: If you had a superpower, what would it be?
Jo Cotterill: I’d like the power to heal. I hate it when people are suffering.
Cathy Brett: Flying! I’d love to be able to fly, just jump up, flap my arms and rise into the air. That or teleportation – instant travel to another place. I hate traveling!

Be sure to enter our cool competition for the chance to win an incredible Electrigirl illustration by Cathy Brett, PLUS a real-life superhero cape featuring your own design!

For more info, and for more riveting reads, flick over to oxfordchildrens.co.uk! 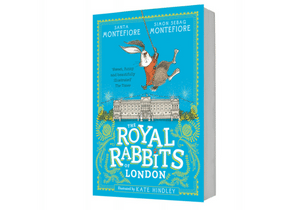 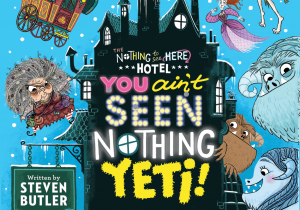 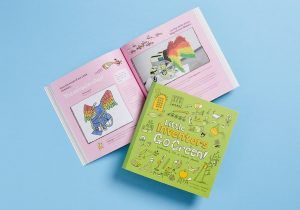 No problem is too big or too small to invent for! 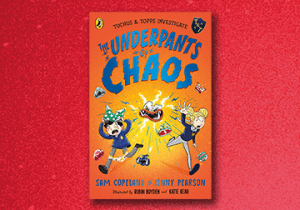