Kids reveal their experiences of the Boxing Day floods

Many children lost their homes, classrooms and playgrounds…

Over the Christmas holidays 2015, many parts of the UK suffered devastating flooding. Here, six kids from the Calder Valley in West Yorkshire tell us about their experiences…

The floods were ferocious. Rivers burst their banks, rain poured down off the hills into towns and cascaded down streets. The north of England and Scotland were badly hit, with thousands of homes and businesses wrecked and people forced to move or flee their houses.

In Mytholmroyd, West Yorkshire, the water was seven foot deep on the main road through the village. Schools were affected, too. Many children lost not only their homes but also their classrooms and playgrounds.

Be sure to check out the causes of floods, here!

Yet while there was massive devastation, many of these communities came together to help in the clean-up. And strangers travelled from all around the country to help out, offering their muscles, mops and amazing cooking skills to help the people in need.

“I woke on Boxing Day morning to the deafening sound of the flood sirens. We live in Mytholmroyd, between the River Calder and the canal, and the water was already rushing over the river wall. As each house around us flooded I thought ours would, too, but we were lucky.

“It was so scary. People had to be rescued by helicopter and by boat. All the shops and my school, Burnley Road Academy, were devastated. I feel so sad for my friends whose houses were wrecked, but kind people came from all over the country, including a group of Sikhs who travelled all the way from Slough in Berkshire, to help our village recover.”

“Early in the morning before I got up I heard flood sirens wailing, but I was half asleep so I didn’t really think about it. My cousins were meant to be coming round for home-made pizzas. My dad went to get flour and pizza toppings but he couldn’t find a single shop that was open because water had poured in and ruined lots of things. My cousins couldn’t come round because a landslide had blocked the road.

“My school, Riverside, in Hebden Bridge, flooded, so term started late and our class had to be moved upstairs! My mum and lots of other people went into town with wellies and shovels to help clean up all the mud.”

“Over Christmas, me and my family were having a small holiday in London, but we stopped our holiday early and came home because there were terrible floods where we live in Mytholmroyd. When we arrived back, our village was devastated. There was even a whole building that had fallen into the river, flowing in the centre of the village.

“The floods affected me quite a lot, but it mostly affected my mums and their shop. They are sad now. My mum said I was very calm during the floods, and that I helped out a bunch. The floods have made me feel some different feelings, like angriness and sadness. But most of all I felt happiness at the end for my mums as they did not give up.”

“I was planning to have a nice day with my family, but when I went downstairs my mum looked worried. “I’m looking forward to going to the Shepherd’s Rest for lunch.” I said. Mum shook her head, “I’m afraid we won’t be going anywhere today,” my mum said, “Hebden Bridge has flooded!”

“The water was gushing down our lane as fast as a viper trying to catch a cheetah. My dad went to investigate. When he got back, he was as wet as a dolphin. He told me he had seen a canal barge on the towpath! Things are better now but WHAT A TRAGIC DAY!”

“The flood affected many people in many ways, but this is my story of how a pleasant Christmas became something entirely different.

I had gone away for Christmas to my sisters in Nottingham with a planned return for Boxing day. As we drove back my mum was concerned as she heard on the radio of flooding in Calderdale. I searched Hebden Bridge on my mum’s phone, clicking on an image of Market Street. I was shocked yet also excited because I thought cars would be drifting about, I also thought hopefully I could save someone and become a hero.

I thought that it would be a bit like a movie, people swimming down streams using bathtubs as boats, fish swimming around my living room, toys from shops drifting freely through clean, transparent water, then suddenly……

A shop collapses into the river in Mytholmroyd

“My mum realised she might not be able to drive back into town. If the electrics in our house had gone she also would have no food or warmth. Worse still, if our house was flooded where would we go? Where would I sleep? How would I change my clothes?

As we drove through Hebden I noticed I was completely wrong. It was very different to my flood fantasy, people crying, homes destroyed, businesses ruined. One child I saw had lost all his Christmas presents. It suddenly seemed a lot less fun.

“My Christmas was amazing, up until Boxing Day when my garden got very badly flooded. One of my chickens sadly drowned in the flood. All my neighbours’ houses and garages were very badly flooded, too. Everybody helped by passing water and other drinks around.

“All of the adults helped to build a damn out of wood and stones to try and stop the water going into people’s houses. I have lived in Luddendenfoot for ten years and it’s never flooded this bad. The people who were affected the most where those who lived in the bungalows. They saved everything they could and moved out immediately. I feel so sorry for everybody’s Christmas presents that got lost in the floods. I’m so grateful that I didn’t get flooded.”

Have you been affected by floods? Tell us about it below! 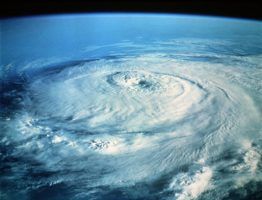 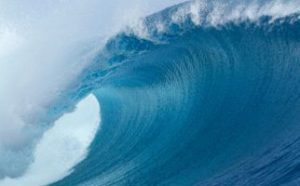 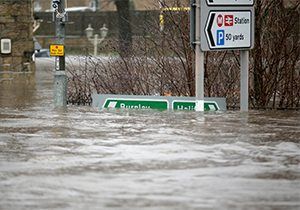 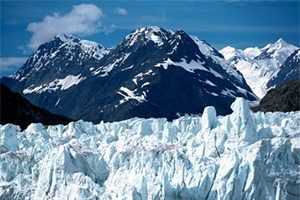