A man from Wiltshire may have unearthed the biggest Roman villa in Britain – at the bottom of his garden!

The discovery was made by rug designer Luke Irwin, whilst he was converting an old barn for his son to play ping pong in!

Check out our 10 facts about Ancient Rome, here!

An eight-day excavation later revealed that a grand Roman villa once stood on this very spot, over a thousand years ago.

Mr. Irwin said the discovery left him “overwhelmed”, adding: “You look out at an empty field from your front door, and yet 1,500 years ago there was the biggest house, possibly, in all of Britain.”

The villa, which is thought to have been built sometime between 175 A.D. and 220 A.D., was used right up until the end of the 4th century when it fell into ruin.

It was a huge home; three storeys high, with two courtyards and made of fancy materials, leading archaeologists to believe that a family of huge wealth and importance would have lived here.

And that wasn’t all that the site revealed; also found were Roman coins, brooches, animal bones, and even a child’s coffin – which Mr. Irwin had been using as a flower pot!

Dozens of oyster shells – which would have been transported over 45 miles on foot to the villa – were also found – more evidence that the owners were extremely wealthy.

Dr. David Roberts of Historic England said, “This site has not been touched since its collapse 1400 years ago and, as such, is of enormous importance.

“It’s one of the best sites I have ever had the chance to work on.”

For the time being, excavation of the site has stopped, but archaeologists are hoping to come back to uncover more about what Roman history in Britain was like.

You can check out a video from the site, below!

Have you ever made any exciting discoveries? Let us know by leaving a comment, below! 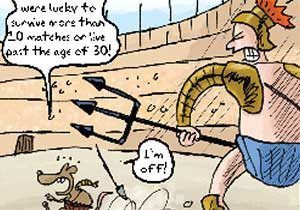 Max in the Colosseum 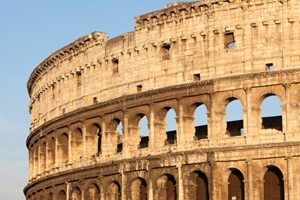 10 facts about the Colosseum!

Learn all about the Colosseum of Ancient Rome! 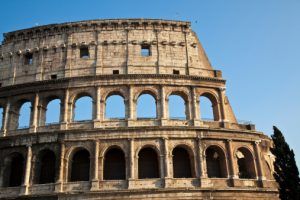 Discover the glory of Ancient Rome…