Get ready for a wild adventure gang, with new film Robinson Crusoe!

Get ready for a wild adventure, gang, as we explore the wicked wildlife in new film, Robinson Crusoe – in cinemas now!

When Robinson Crusoe finds himself shipwrecked on a tiny exotic island, he’s no idea what lies ahead. Confused by the strange creature that’s washed up on their shores, the island wildlife (including Tuesday the parrot – who sees Robinson Crusoe as his ticket off the island) discover that while humans and animals are very different, together, they make a pretty good team. Going against all the odds, surviving island life – and a bunch of savage cats – friendship prevails in this heartwarming and hilarious tale!

NG Kids: Robinson Crusoe looks great! Can you talk us through the animals in the film?

Michaela: It’s really funny! At first, the animals on the island are suspicious of Robinson Crusoe as they’ve never seen a human before and they don’t know who or what he is. When you think of all the things that humans do you realise animals must think we’re absolutely bonkers! When Robinson is building his fantastic tree house and banging pieces of wood together, they’re looking at him and thinking, “What on Earth is he doing?!”.

Which is your favourite character in Robinson Crusoe and why?

It’s full of loads of brilliant characters – but I think my favourite has to be Rosie the tapir. I love the way that she wiggles her bottom when she’s got an itch – which is exactly what tapirs do – she causes chaos in the film! One of the funniest bits has to be when Carmello the chameleon flicks out his fantastically long tongue to save the goat. Scientists actually now think that the chameleon’s colour-changing skin is linked to light, temperature and their mood!

Do you think cats are really as evil as those in the film?

Unfortunately cats are natural predators so no matter how tame your moggie is, it is a predator. They’re also quite calculating! One of our neighbours’ cats recently tricked us into feeding it! But I do feel a little sorry for the cats in the film.

Robinson Crusoe is told through the eyes of the animals in the story – why do you think this is important?

It’s great for learning about animals you might never have seen or heard of before! You might not know what a tapir is before you see this film. Pangolins are being poached in huge numbers in the wild at the moment, so it’s brilliant that the film teaches you about these unusual animals that you may not have heard of before.

If you were marooned on a desert island – what one thing would you take with you?

A friend once said the one thing I’d need on a desert island is an audience! I grew up as a performer so I just can’t help but put on a show.

I went cage diving with great white sharks. When you see them in their natural environment you just have a huge respect for them – it was very exciting. I’ve dived with hammerheads, too, which was amazing. It’s such an adrenaline buzz. I’m not fearful of them!

Which animal ‘skill’ would you rather have: flight, camouflage or to breathe underwater?

Flight – I think I might have been a bird in a previous life!

What’s been your most memorable moment of working with animals?

I was filming for a show called Orangutan Diaries in Borneo meeting orphaned orang-utans, and there was one in particular that I really connected with. Over the time we were there, I saw this orangutan transform from being small and scared to being totally changed and finding his confidence. When I went back to film the second series he’d grown up and become even more independent, but when he saw me, he came and sat next to me and put his arm around me! A couple of weeks ago I learned that that same baby orangutan who I connected with all those years ago was put back into the wild. It’s such a success story!

Are there any animals you’re afraid of?

Mosquitoes – I’m vegetarian and would never eat meat, yet the moment I go abroad I get feasted on by mosquitoes! They have their place in the eco-system, but in my personal space I could do without them…

Do you have any pets?

I’ve got a very old dog, Toto, who’s 16. He’s almost blind and nearly totally deaf, he still goes on walks and keeps active but needs a bit of help. Sometimes on walks he’ll suddenly stop in his tracks and you can see him thinking, “What am I doing again?!”

Check out this exclusive clip of the film!

For more information head to robinson-crusoe.co.uk and check out the movie on Facebook! 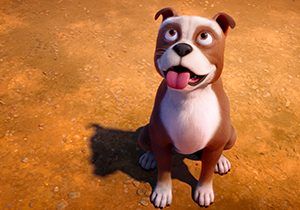 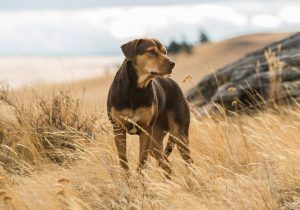 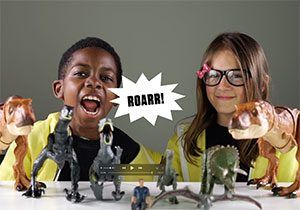 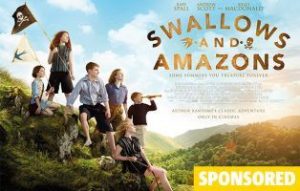