Join us on a Malawi safari as we meet mean monkeys, busy birds, adorable elephants and more!

We’re sorry if you missed some of our amazing Malawi content from your March issue of NG Kids, but don’t fear! You can read all about our safari, here, and even download the pages to print off at home. Click here for the English pages and here for the Afrikaans version!

Bumping along across the Malawi landscape, we’re amazed when we find a herd of female African elephants and their young, grazing peacefully in front of our jeep. They’re the largest land animals in the world. The littlest one trips over his trunk – he’s still figuring out how to use it! Check out these fascinating facts about elephants, below…

– Just like humans, elephants have to learn the skills they need to survive. His older brothers and sisters keep an eye on him, in between play-fighting and shoving each other with their trunks. The largest female, known as the matriarch, is the wisest and oldest member of the group – she leads the others and makes decisions, including when and where they eat and drink.

– Babies are already a metre tall at birth! Elephants can grow up to 4 metres tall and live for almost 70 years!

– Some of the sounds elephants make can’t be heard by humans! These low noises travel for more than 8 kilometres and may be used to tell the males (who live separately) when females are ready to mate.

– The ears of an African elephant are in the shape of the African continent – a handy way to tell them apart from Asian elephants! The ears work as fans and radiate heat to keep the animals cool.

– An elephant’s famous trunk has around 100,000 muscles and is used for smelling, feeding, drinking, greetings, spraying and trumpeting! Two finger-like protrusions at the end help them grab things. A spray of dust helps keep parasites away!

A troop of baboons sit on the parched grass, happily snacking on food. “That’s elephant dung they’re eating,” David chuckles. “They tear it apart to get to the undigested seeds inside.” It turns out picking through poop isn’t this aggressive monkey’s worst eating habit. It’s also been known to steal impala babies and eat them alive. Nasty!

How rude! There’s a 2-metre-long reptile sticking its tongue out at us. Africa’s largest lizard is tasting the air to detect food. This greedy predator even eats crocodile eggs. But it has a clever trick to stop its own eggs from being gobbled – it lays them in termite mounds. “When the termites see a hole has been made in their nest, they quickly fix it, sealing the eggs safely inside,” explains David. “About six to nine months later, when the babies hatch, there’s a delicious meal of termites waiting for them.” Slurp!

Driving home in the pitch black, we see a pair of eyes glint in our headlights. It’s an African civet, a secretive nocturnal mammal with a raccoon-like face, a pretty coat (no two are alike) and a crest of fur on its spine that stands up 12 centimetres when threatened. The civet emits a strong scent from glands near its bum, which was used in perfumes.

We’re being eyeballed by some strange, prehistoric-looking creatures. The huge 1,2-metre-tall, red-faced birds are the largest hornbills in the world. They live in groups of around ten, defending territories of up to 100 square kilometres using loud, booming calls to scare off other hornbills. There’s only one breeding pair per group, but the others may help feed the nesting mother and chick in their feather-lined, tree-hole nest.

Children in the Wilderness

Deforestation is a big problem in Malawi. It’s the third poorest country in the world, and as many people don’t have access to electricity, they cut down trees to use as firewood, or to make charcoal.

A project called Children in the Wilderness is teaching rural kids about the importance of their forests and wildlife. They help schools set up Eco-Clubs, where pupils can learn all about their environment.

The most enthusiastic Eco-Club members get to go on a Wilderness Safari camp and are later provided with scholarships so they can afford to go to university. They’re encouraged every step of the way. Many of the first Children in the Wilderness now have great jobs and are important members of their communities, passing on their environmental knowledge to future generations. Cool!

Find out more at childreninthewilderness.com. 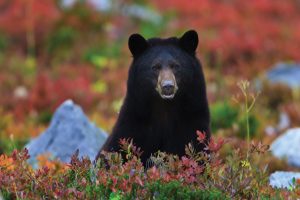 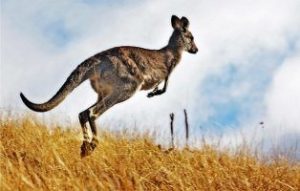 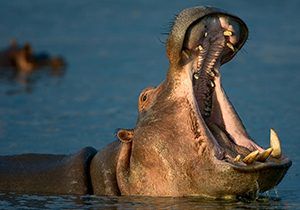 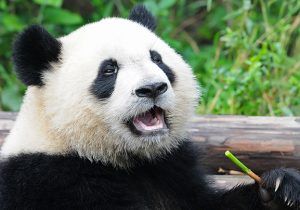