Why is it that some places flood and others don’t? Here we investigate what causes floods.

One area might receive a lot of rain and won’t flood while in other areas the same amount of rainfall can wreak havoc, destroying homes, businesses and the natural environment.

Take the Boxing Day floods of 2015, for example. The north of England and Scotland saw thousands of homes and businesses wrecked and people forced to move and flee their homes. But why did it happen?

Well, in the aftermath of the floods, teachers at Hebden Bridge School invited local kids to find out…

Lead teacher Anil Sarna asked his local Year 5 and Year 6 pupils to see if they could work out what causes flooding, testing what they learnt using a series of experiments. Ask your teacher if you could try this experiment, too!

“First, we discussed how features in a landscape can influence the way water descends from the high lands into valleys where flooding occurs,” Anil explained.

– Straight rivers speed up water descent, while meandering ones slow it down

– Plants hold the water back, while water rushes off concrete or paved built-up areas

Two tables were set up at 30° angles with waterproof bags at the bottom to collect water. Then a green fleece blanket was placed on one table to replicate grass and other flora, while the other table was left with its smooth plastic top. Two children stood at the raised end of each table and tipped watering cans onto the tables to see how quickly the water descended – and how it went down into the ‘valley’ below.

You can read stories of how local kids were affected by the UK floods 2015, here!

“The effects were remarkable,” says Anil. “We could clearly see how little water got to the bottom of the table on the meandering table with vegetation and terracing, while on the other table water flowed quickly and formed a pool in the bag.”

After discussing their findings, the kids went outdoors to look at a real river. “The children were able to understand why the water came down the valley so quickly and why it contributed to the recent floods,” Anil says. “One of the students said it was ‘an inspiring day’ that had helped her deal with the bad memories of the floods.” Good news!

Have you been affected by flooding? Let us know what happened by leaving a comment below! 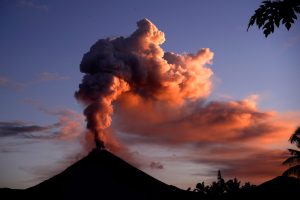 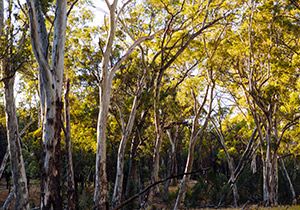 What is a bushfire? 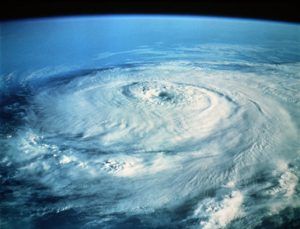 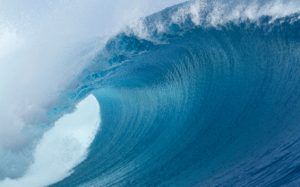 Learn all about these mammoth forces of nature!
This website uses cookies (not edible ones!).
Cookies are small files that we send to your computer or mobile phone to make your time on our websites as awesome as possible.
We hope this is okay but if not, you can opt-out using the button below. To find out more, read our Cookies Policy.
Ask a parent or guardian to help you if you're stuck!