Prepared for an epic showdown, gang? Then check out the new action-packed blockbuster, The LEGO® NINJAGO® Movie, and release your inner ninja!

The battle for NINJAGO City calls to action young Master Builder Lloyd, aka the Green Ninja, along with his friends, who are all secret ninja warriors. Led by Master Wu, as wise-cracking as he is wise, they must defeat evil warlord Garmadon, The Worst Guy Ever, who also happens to be Lloyd’s dad.  Pitting mech against mech and father against son, the epic showdown will test this fierce but undisciplined team of modern-day ninjas who must learn to check their egos and pull together to unleash their inner power of Spinjitzu.

As the legendary Green Ninja, Lloyd is a Master Builder and the leader of a secret ninja force protecting NINJAGO City from the most notorious villain of all time: Lord Garmadon. Crowds cheer the Green Ninja as a hero, but when he takes off his mask they only see him as Lloyd, the boy unfortunate enough to be Garmadon’s son. It’s hard for him to make friends or get through a day at school because Garmadon ruins everything. Still, Lloyd yearns to have a real relationship with his dad.

This wise, all-knowing mentor promises to teach his students to become ninja masters but first they must find their inner peace… or is that piece?  He wants them to rely less on their mechs and more on themselves and each other.  Wu is Lord Garmadon’s brother, and uncle to Lloyd.  He carries a staff he can play like a flute, and a hat that doubles as a flotation device.  Years of meditation have not softened this warrior’s edges—or his tongue—and though his students might think he’s “way old,” Wu is still full of surprises.

The baddest warlord of all time, Lord Garmadon has glowing red eyes, sharp teeth, horns, and four arms.  Has an affinity for sharks.  Lord Garmadon can smell fear, but everyone around him can see it because wherever he goes people flee in panic.  Impatient, impulsive and completely self-absorbed, he likes to make a point by firing his generals….from a volcano. Though he hasn’t been successful yet, Lord Garmadon never stops trying to take over NINJAGO City.  But why?  Could it be he needs to reconnect with the son he hardly knows?

Lloyd’s devoted mom Koko is smart, strong and independent.  As Lord Garmadon’s ex-wife, she is not afraid to stand up to him – even though he’s twice her size and has twice as many arms.  Koko knew “Garm” when he was a young warlord eager to conquer the world.  Back then, she thought that was just a figure of speech.  Turns out, he meant it.  So she took young Lloyd away in the hope of giving him a normal life.  But that didn’t work out quite the way she planned.

This ninja is fiercely loyal and protective when it comes to his friends, like Lloyd, and his sister, Nya.  Outgoing and enthusiastic, he is often ready with a hug.  He might lack patience with some of Master Wu’s instructions, like trying to produce a flame by rubbing two sticks together, but Kai really gets fired up when there are bad guys to fight.

Kai’s sister Nya is focused and confident, competitive and highly motivated.  She doesn’t just climb in and out of her mech, she gives each move an aerobatic flair, and when she rides her motorcycle through the halls of NINJAGO High school everybody had better get out of her way.  Nya’s role model and she-ro is the famous ninja Lady Iron Dragon.

Part boy, part Nindroid, this ninja is super cool.  Freon literally cools his fuel cells and he shoots down his opponents with an icy blast.  Logical and methodical, Zane is guided by his programming and sensors – but don’t call him a robot!  Zane is quick to remind everyone that he’s just a normal teenager, even if he doesn’t fully grasp sarcasm and some of his pop culture references are frozen in time.

A ninja who loves to move and groove, Cole is never without his music.  He even likes to hear Master Wu play the flute.  Cole’s mech has built-in turntables and a powerful sub-woofer, creating waves of intense sound to seriously rock his opponents and blast their mechs into pieces, not to mention shatter the windows of nearby cars and buildings.

This ninja is a real live wire who zaps his opponents with lightning bolts.  Jay comes from a close family so he understands how hard it is for Lloyd to be at odds with his dad.  He can be nervous and a little overly cautious, but Jay always comes through on the battlefield. If only things were as easy with his big crush, Nya.  Every time he works up the nerve to tell her how he feels, he gets interrupted.

When does The LEGO® NINJAGO® Movie open in cinemas?

The LEGO® NINJAGO® Movie is flying into cinemas on the 29th Sept 2017!

Let us know your favourite LEGO NINJAGO® character by leaving a comment, below! 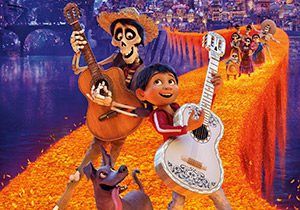 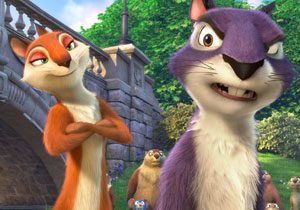