Earth’s brrr-illiant polar regions may be seriously cold, but they’re home to some seriously wonderful wildlife, like walruses, polar bears, penguins and even seaunicorns! Join us on a polar trek to discover more about these amazing habitats and how YOU can help save them!

– Visit the Arctic and Antarctic with Google Earth!

– Check out Google’s amazing AR animals on your smartphone! Google one of the animals on the list below. If your phone is compatible, you should see a card that look like this: 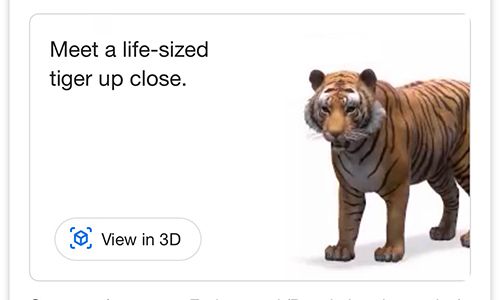 The Arctic consists of the Arctic Ocean and parts of Canada, Russia, the USA, Greenland, Norway, Finland, Sweden and Iceland. Super‐cold temperatures as low as –70°C have been recorded there (in Northern Greenland) and the Arctic ice contains around ten percent of the world’s fresh water.

Around four million people live in the Arctic, but Antarctica has no permanent inhabitants! 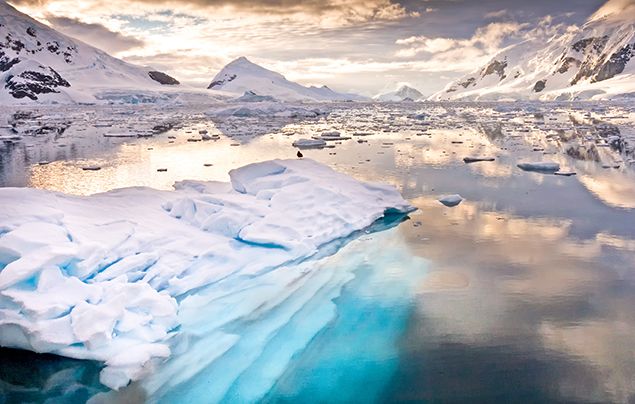 Antarctica is surrounded by water. The Atlantic, Pacific and Indian Oceans all meet there and are known collectively as the Southern Ocean. Antarctica is the coldest, highest, driest and windiest place on Earth – with mountains up to 3,794m high (that’s the height of 600 giraffes balanced on top of each other!) and ice that’s up to 4.8km thick in places (that’s the same as 45 football fields)!

During the winter, Antarctica nearly doubles in size because a lot of the water surrounding it freezes!

The planet’s polar regions are home to tons of amazing wildlife that have evolved and adapted to survive life in their chilly surroundings. It’s too cold for trees to grow in these freezing habitats so the creatures there have found other cosy places to live, such as holes in the ground or caves made from snow. Below are just a few of the marvellous creatures you’ll find here! 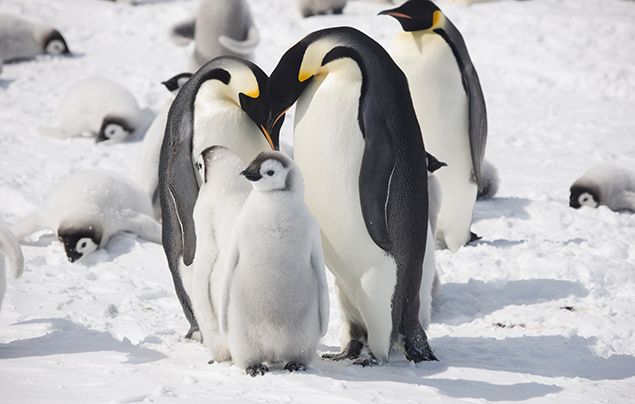 Antarctica is home to around 5 million of these black and white waddlers, with each of their colonies usually containing thousands of birds. Emperor penguins feed on krill, fish and squid, and they’re the planet’s tallest and heaviest species of penguin. They weigh up to 45kg and grow to over 120 cm in height – that’s as tall as a seven year old! 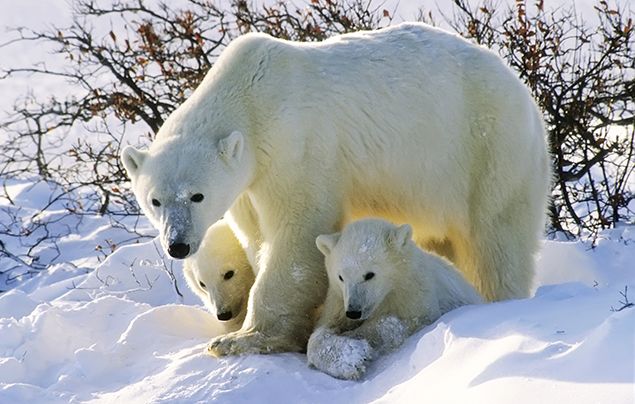 Famous for their white fur, these brilliant Arctic bears spend so much of their time on the sea ice of the Arctic Ocean, they’re classified as marine mammals. These beautiful bears have a thick layer of body fat and a special water‐repellant coat to help keep them warm in their freezing Arctic home. Sadly, climate change means polar bears’ sea ice habitat is threatened and they are now considered a threatened species. Read on to find out how you can help them!

Polar bears are great swimmers! The travel at over 9kmph, paddling with their front paws and using their hind legs as a rudder. 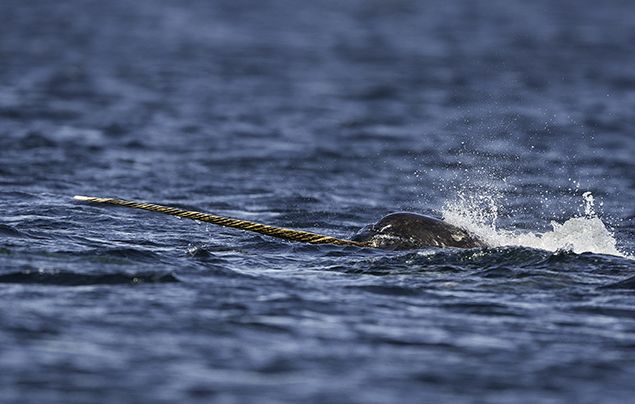 Found in Arctic coastal waters and rivers, the narwhal is a pale‐coloured porpoise often called the ‘unicorn of the sea’! It gets its nickname from the male’s spiral tusk, which can grow to over 3m long! The unicorn‐like ivory tooth grows right through the narwhal’s upper lip (ouch!) and it’s thought to be used to impress female narwhals or to battle rivals. Narwhals travel in groups of up to 20 and they’re often sighted swimming together. However, gatherings of hundreds or even thousands of these striking sea creatures have been reported! 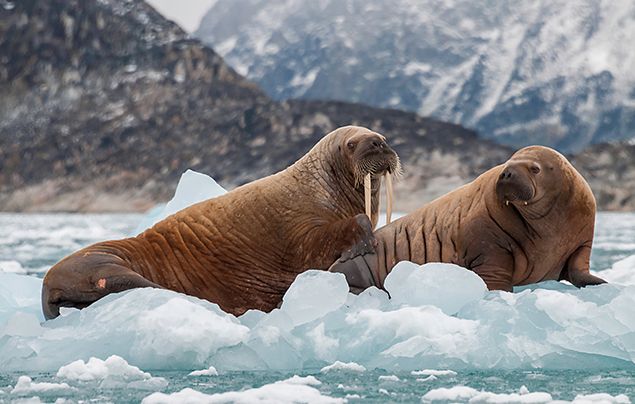 With its grizzly whiskers and impressive, long tusks, walruses are usually found near the Arctic Circle, lounging about on the ice with hundreds of other walruses! These large marine mammals weigh up to 1,360kg (that’s the same as three horses!) and can often be heard loudly barking and snorting at each other. They use their tusks to dig breathing holes in the ice from below and to haul themselves out of the water. Clever!

Both male and female walruses have tusks, which are actually large teeth that continue to grow throughout their lives!

Our polar regions are may be threatened by climate change, but there are tons of incredible people working hard to protect the polar regions and the amazing animals that live there…

Sadly, whale hunting has affected Antarctica’s blue whale population, which has dropped from 125,000 in 1926 to just 3,000 whales in 2018, meaning the planet’s largest animal is now classified as ‘critically endangered’. However, WWF’s work to create protected areas for blue whales around Antarctica has recently seen an increase in whales coming to munch on Antarctic krill near South Georgia. A whopping 55 Antarctic blue whales were spotted during a recent 2020 expedition!

A group of researchers in America have discovered a clever way that could help slow down climate change by restoring ice in the Arctic. The organisation, called Ice911, want to spread a layer of millions of tiny beads across the Arctic ice to create a protective layer that reflects sunlight and helps keep the ice frozen. The organisation is still testing their idea but if it works, it could help keep the planet cooler and protect the Arctic ice!

Scientists at the Wildlife Conservation Society have spent four years listening to marine mammals in the Arctic seas. The study focused on five species of Arctic marine mammal – walrus, bearded seals, ribbon seals, bowhead whales and beluga whales. With over 33,000 recordings, the study will help scientists understand how these animals are dealing with climate change, so they can be better protected. Awesome work! 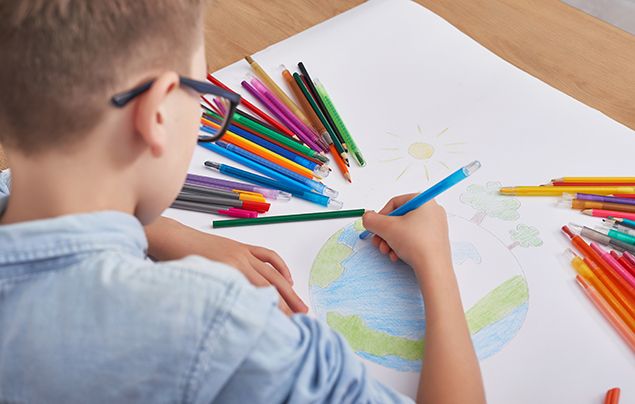 Did you love learning about the planet’s polar habitats? Do you feel inspired to help protect them? Here’s how you can lend a hand without even leaving the house…

Saving energy and protecting the environment can help slow down – and could maybe even stop – climate change. So switch off lights when you leave a room, and don’t leave gadgets charging unnecessarily.

Unfortunately, scientists have discovered plastic pollution in the Arctic. Small bits of plastic are frozen deep in the ice there, which is bad news for Arctic wildlife. You can help tackle this by using less plastic, choosing reusable products when possible, and always recycling paper, plastic, glass, newspaper, and aluminium!

Start a group with friends and message each other with fun ways to help the planet. You could even plan to raise money for a charity that looks after the Arctic and Antarctic – like getting sponsorship for your daily walk!

Consider adopting an endangered animal, like a polar bear, through a wildlife charity.

Use tissue paper or recycle a page from an old magazine for this. First, cut the paper into a rough square shape and fold it in half to form a triangle. Fold it half again to make a smaller triangle, then carefully snip shapes into the paper. Now just open it up and you’ll have a pretty paper snowflake, adding a touch of the polar regions to your room!

Do you feel inspired to save our polar habitats? Let us know by leaving a comment, below! 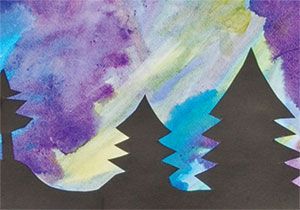 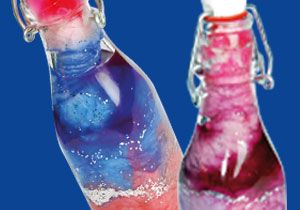 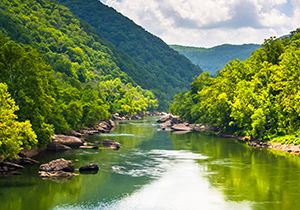 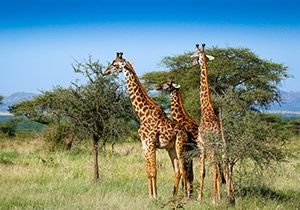 Test your knowledge on the planet’s majestic savannahs… 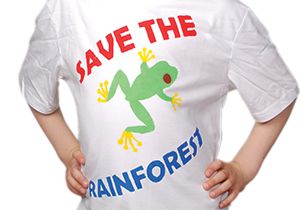 How to make an eco T-shirt!

Love rainforests? Then shout about it by customising your clothes…